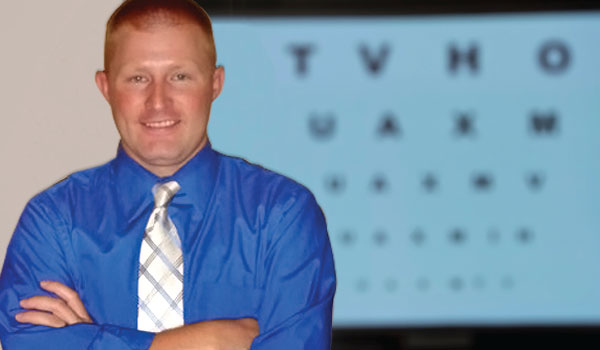 Dr. Christie was born and raised on the southside of Indianapolis, where he still resides today. He bought Shimp Optical in 2015, and is excited to carry on the tradition of specialty optical the Shimp family has built over the years while adapting the practice to a modern medical optometry facility. Dr. Christie’s family has been providing health care for four generations on the southside of Indianapolis. His great grandfather owned and operated a pharmacy for 35 years just about 2 blocks south of the current location of Indianapolis Vision Care. He is excited to be involved in the historic south side community.

Colin and his wife, Annie, have three children named Will, Leah and Claire. The family currently resides very near Christie Vision Care. Dr. Christie enjoys playing golf, watching Butler Bulldogs basketball, as well as spending much of his free time with family and friends.